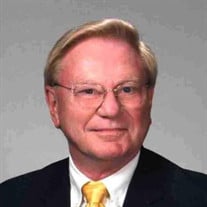 Dr. William Phelps Fleming Jr., age 80, passed away peacefully in The Woodlands on Friday, December 17th, 2021. Born in 1941, Bill is survived by his son, Jeffrey Mark Fleming, and daughter-in-law, Jane-Ann Fleming, and granddaughters, Chandler Elizabeth Fleming and Sarah Catherine Fleming, all residing in The Woodlands, TX, and his nieces Sonja M (Fleming) Katawczik and Anne (Fleming) Rinebolt. He was preceded in death by his parents, William Fleming Sr. and Dorothy Eva Eikel, his brother, David Donald Fleming, and sister, Nancye Anne Fleming. Bill, or “Doc,” as he was known to many, graduated from Findlay High School in 1958. He received his BBA from Sam Houston State Teacher’s College in 1965, his MA from Sam Houston in 1966, and his PhD from the University of Toledo in 1972. Bill was hired as an Assistant Professor at Sam Houston State in 1972, to which he would dedicate his life for the next 49 years. He would be promoted to Associate Professor in 1982 and then Full Professor in 1990. A beloved teacher and colleague, Bill had so many accomplishments and so much impact on the university and its students during that time. He received the university’s Excellence in Teaching Award in 1998 and the Excellence in Service Award in 1996. He was an active member of the campus community in every way, serving on some of the most important committees at the university: Budget, Strategic Planning, Crisis Management, Academic Policy, University Curriculum, and many more. Perhaps his most significant contribution to the university, of which Bill was so very proud, was his creation and leadership of the Student Advising and Mentoring Center (SAM Center) in 2002. The SAM Center became a nationally recognized model for student advising, receiving visitors from more than 25 universities around the country, universities that looked to the SAM Center as a model that could be adopted for their own institutions. Bill and the SAM Center received numerous awards and recognitions from the National Academic Advising Association (NACADA), including the Certificate of Merit, Academic Advising Administrator (2004 and 2013) and Outstanding Advising Model (2005, 2011), and the Gail Rola Memorial Award (2013), which NACADA awards to those with “outstanding leadership and the ability to administer that leadership with heart and care.” The SAM Center represented Bill’s complete and utter devotion to student success. He epitomized the SAM motto “the measure of a Life is its Service”; he lived it every single day, both professionally and personally. Those who worked most closely with him will remember him for that service, for his kindness, his positive outlook, and for his unwavering love of students. Bill was an active Sigma Chi, serving the fraternity in many ways over the years. He served as house corporation member, faculty advisor, leadership training workshop facilitator, Grand Praetor, member of the Executive Committee from 1997 to 1999, and as Grand Historian of Sigma Chi from 2007 to 2015, during which time he compiled and edited, “One in Heart and Purpose: the Founders and Founding of the Sigma Chi Fraternity.” He also served on multiple International Fraternity committees including the Ritual Committee, History Commission, Alumni Participation Committee and Scholarship Committee. He was a Ritual Master and loved to teach those old fraternity rituals to new generations of Sigma Chis. Bill was committed to his church, Wesley Memorial United Methodist, and touched many lives within the congregation. He was part of the Huntsville Men’s Choir and Huntsville Community Choir and served as the Choir Director for Wesley Memorial since 1998. Within the church, he was also the lay leader, demonstrating again his impact on his peers within the church community. He was a participant in SOAR (Seniors Off And Running) and always active as one of Santa’s Helpers. Bill truly loved his church and those in it. However, of all the accomplishments and titles held, Bill would tell you his titles of Dad and Granddaddy were his favorites. He loved spending time with his family. Keeping up with his two granddaughters, filled his life with much pride and joy. Bill’s positive demeanor and kindness were contagious, his smile infectious, and his love of people a model. He will be dearly missed. Visitation will be at 10:00 AM with the funeral following at 11:00 AM, on Wednesday December 22. There will be both a White Rose Ceremony (with Ronny Carroll presiding) and reception after the service: Wesley Memorial United Methodist Church 700 Hwy 30 east, Huntsville TX 77320 The family and Department of English at SHSU will be designating a scholarship in honor of Bill Fleming to continue his commitment to serving students. To make your contribution, visit the Division of University of Advancement: https://www.shsu.edu/dept/university-advancement/donate.html Choose “College of Humanities and Social Sciences” Designate “Friends of English” In memory of Dr. Bill Fleming The Addison family and staff of Magnolia Funeral Home extend condolences to William's family and friends during this difficult time.

The family of Dr. William Phelps Fleming Jr created this Life Tributes page to make it easy to share your memories.

Send flowers to the Fleming family.