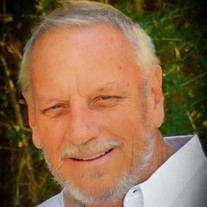 Sid (Sidney) Paul Boling, beloved husband, father, grandfather, brother, uncle, and friend, passed from this life on Saturday December 18,2021 at the age of 66 after a brief battle with heart failure. He is survived by his loving wife and best friend of 37 years Kathy, sons Chance and Chase, daughter-in-law Katie, cherished grandson Evan, sister Becky Carver and husband Rocky, brother John Travis Boling, sister-in-laws Laura Dean and husband Jimmy, and Michelle Lambert-Hook, along with numerous neices, nephews, family members, and friends. He was preceded in death by his father John Boling, mother Silvyn Ponder, brother Randolph Boling, and sisters Martha Osburg and Chriss Farr. Sid was born the youngest of 6 children on August 26 1955 in Lubbock TX where he spent most of his youth before moving to the Ft. Worth area. He relocated to the Magnolia area in 2001. His early career choices included construction, truck driving, and the TX Hwy Dept Maintence before beginning a 35 year career in school photography. Sid retired in 2019 after 20 years with Lifetouch as a territory manager. During that time he and his staff won numerous national awards and he was honored to have made many long lasting friendships there. Sid loved life and never took his many blessings for granted, always thanking God. He loved the outdoors and nature, riding his motorcylces and the "T", woodworking, traveling, working the property, caring for his critters, laughter, telling bad jokes, and solving the worlds problems with the "Baker Dozens Coffee Club". But above all this, just being with his family and friends. Sid was a kind, honest, hardworking, loving, caring, generous soul that was brought joy by the simplest pleasures in life. Sid was strong; physically, morally,mentally, and spiritually. Loved ones should honor his legacy by living life to the fullest. ***The family would request that instead of flowers, donations would be made in Sid's honor to either The Shriner's Children's Hospital or St. Jude's Children's Hospital.*** The condolences of the Addison family and staff go out to his family and friends.

Sid (Sidney) Paul Boling, beloved husband, father, grandfather, brother, uncle, and friend, passed from this life on Saturday December 18,2021 at the age of 66 after a brief battle with heart failure. He is survived by his loving wife and best... View Obituary & Service Information

The family of Sid Boling created this Life Tributes page to make it easy to share your memories.

Send flowers to the Boling family.