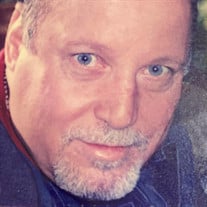 Ronnie Fontenot, 69, passed away at his Tomball Home on July 20, 2021. Ronnie was born in Dayton, Texas to parents Mason Fontenot Sr. and Mildred Labbe Fontenot. They lived in Raywood, Texas where they raised their five boys. After graduating from Hull-Daisetta High School Ronnie went on to pursue a career in the Airforce where he served until he was honorably discharged on August 1, 1975 with the rank of Sergeant. He then for a brief period worked at South Central Bell in Houston before embarking on his life long career in the U.S. Foreign Service in the Information Resource Management Department where he served for thirty-six years. Ronnie served the State Department as a Foreign Service Diplomat within the US and in many locations overseas such as The Bahamas, Barbados, Argentina, Mali, Kazakhstan, Kenya, Lebanon, Trinidad, China, England, Germany, Columbia, Honduras and Iraq. Whenever asked which was his favorite place to serve he always said, “Trinidad, because that is where I met Edana.” In addition, whenever asked what was his greatest accomplishment he stated, “Joshua.” Ronnie loved his work and serving his country as evidenced by the many accolades, awards, honors and recognitions he received over the years from a host of dignitaries and Head of States. Ronnie is known for his great sense of humor and his love for family and host of friends. He was telling jokes and sharing his love until he peacefully passed with his family at his bedside. Ronnie will lovingly be remembered as the dearly beloved husband of Edana Fontenot, devoted father of Joshua Fontenot. Brother of Ronald, Bryan, Emmanuel and Mason Jr. Brother-in-law of Mariano Booker (deceased), Elisa Walks and Delano Booker. Uncle of Brandon, Bryan, Lance and Kyle Fontenot. Cousin of Joyce Page, Tony, Todd and Ricky Fontenot and Frankie Espree. He is also survived by a host of other beloved cousins and close friends. In lieu of flowers the family kindly requests that donations be made to HNW missions or The Cancer Society. The family of the late Ronnie Joseph Fontenot wishes to express profound gratitude to everyone who lent support during this difficult time. Your words of comfort, prayers and help extended are greatly appreciated The condolences of the Addison family and staff go out to his family and friends.

Ronnie Fontenot, 69, passed away at his Tomball Home on July 20, 2021. Ronnie was born in Dayton, Texas to parents Mason Fontenot Sr. and Mildred Labbe Fontenot. They lived in Raywood, Texas where they raised their five boys. After graduating... View Obituary & Service Information

The family of Ronnie Joseph Fontenot created this Life Tributes page to make it easy to share your memories.

Ronnie Fontenot, 69, passed away at his Tomball Home on July...

Send flowers to the Fontenot family.