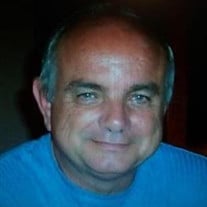 Ronald “Ronnie” Stephen Peters passed away Sunday, September 5, 2021. Ronnie was born March 20, 1945, in Indianapolis, Indiana to Virginia Marie Schlemer and Harry Edward Peters. Ronnie and his family moved to the Houston area in 1945. He graduated from Waltrip High School in 1964. He attended Sam Houston State University where he graduated with a business degree in 1968. He was a recognized student athlete at the university where he received accolades in both Rodeo (Bronco Riding) and Gymnastics. After college, Ronnie became an accomplished custom home builder in the greater Houston area. As an avid outdoorsman and hunter whose travels took him all over the world, he made lifelong friends and shared amazing stories to anyone who wanted to listen. He is survived by his three daughters: Shawn Mabry of Arkansas, Shannon Bray of Missouri, Shae Boes of Texas, his stepfather Lester Baker of Texas, sister-in-law Charlotte Peters of Texas and ten grandchildren and one great grandson. Ronnie is preceded in death by his wife Helga Peters, mother Virginia Schlemer, father Harry Peters and brother Larry Peters. Due to the current environment, no formal service will be held. The family is asking friends to visit Ronnie at his final resting place in Magnolia Memorial Gardens, Magnolia Texas at a time that is most convenient to them. In lieu of flowers the family requests donations be made to Justin Cowboy Crisis Fund. www.justincowboycrisisfund.org The Addison family and staff of Magnolia Funeral Home extend condolences to Mr. Peters family and friends during this difficult time.

The family of Ronald Peters created this Life Tributes page to make it easy to share your memories.

Send flowers to the Peters family.