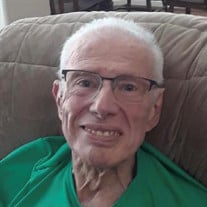 Ronald Joseph Canal, 78, of New Orleans, LA passed away on February 13th, 2022 in Tomball, TX. Ron was born on April 26th, 1943, to Joseph and Florence Canal in New Orleans, LA. After graduating from East Jefferson High School, he met the love of his life Jo Lynn Bravo. They fell in love, got married, and became lifelong partners. In 1963, Ron landed his first job in automotive with Cummins Mid-South. He continued to work in the automotive industry while raising three children. In 1978, he began his career with Ford Motor Company where he flourished until his retirement in 2005. Ron was a force of nature, determined to provide for his family and give them the life he felt they deserved. He never met a stranger, always had time for everyone, and never failed to make them feel special. His family and friends meant more to him than anything else in the world, something he often mentioned. While achieving professional success, Ron enjoyed many activities from camping, coaching, dancing, and traveling. Ron was the most loving husband and father a family could ask for. Ron was predeceased by his mother Florence (Obiol) and his father Joseph. He is survived by wife Jo Lynn (Bravo) Canal and his sister Joy (Canal) Martin and husband Bob. His children son Dwayne Canal and wife Terri, son Darryl Canal and wife Anlla, and daughter Denise (Canal) Sealey and husband Forrest. His biggest pride was his nine grandchildren. Glenn, Timothy, and Andrew Canal (Dwayne); Devon, Lawson, and Grayson Canal (Darryl); Garret, Toby, and Kylie Sealey (Denise). The family requests flowers or donations be made to the charity of your choice. The Addison family and staff of Magnolia Funeral Home extend condolences to the Canal family and friends during this difficult time.

The family of Ronald Joseph Canal created this Life Tributes page to make it easy to share your memories.

Send flowers to the Canal family.