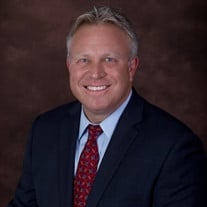 Robert (“Rob”) S. Hauck, 54, of Tomball, TX passed away on March 13, 2021 in a single-vehicle accident in Waller County. He was born to Joseph and Lauralee Hauck in Gardena, CA. Rob graduated from Torrance High School in 1984. He received a Bachelor of Arts in Business Management from the University of Phoenix in 1999 and a Master of Science in Management from the Johns Hopkins University in 2007. After two decades of service with the Los Angeles Police Department, Rob found his home in Tomball, where he served as Chief of Police from 2008 to 2014, as the Assistant City Manager from 2014 to 2018, and as the City Manager from 2018 until his death. Above all, Rob was a loving husband, father, and servant to his community. In all aspects of his personal and professional life, he led with kindness and compassion. His vivacious and uplifting presence will be dearly missed. He is survived by his wife Kathleen, daughters Lauren and Madeline, son Conner, mother Lauralee, grandmother Shirley, sister Jeanna, and brother Joseph as well as his many dogs, cats, horses, and chickens. The memorial service will be held on Friday, March 19, 2021 at 11 a.m. at the Tomball High School Stadium. The family requests that people make donations to either TOMAGWA Healthcare Ministries or MD Anderson/Dr. Glitza/Melanoma Department, in lieu of sending flowers. The Addison family and staff of Magnolia Funeral Home extend condolences to his family and friends during this difficult time.

The family of Robert "Rob" Hauck created this Life Tributes page to make it easy to share your memories.

Send flowers to the Hauck family.