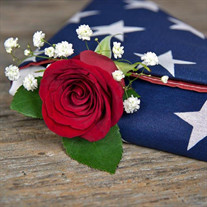 Robert Lee Lounsbury left this earth Sunday, September 5, 2021, at the age of 73. Robert is survived by his daughter Vickie Landeche and husband Bobby (of Hahnville, LA), son Robert Lounsbury Jr. and wife Pen (of Coldspring, TX), sister Thelma Luse and husband Joe (of Conway, SC), grandson Robert Lounsbury III (of Hutchinson, KS) loving partner Brenda Christian (of Spring, TX) and many, many friends. Robert was predeceased by his Father Elmer Lounsbury Sr., Mother Emma Lounsbury, sister Nancy Patrick and brother Vance Lounsbury. Born in Elkton, Maryland, Robert grew up on a farm. He spent 57 years of his life in Maryland before moving on spending time in Illinois, Florida, Louisiana, and finally settling in Texas where he spent some of the best years of his life. A Veteran of the U.S. Army, he served in the Vietnam War as a wrecker driver. After serving his country, he became an automotive factory worker for General Motors Corporation working his way up to the position of Quality Assurance Engineer and Supervisor before retiring after a 30-year career. Robert came out of retirement, for a brief period, to work on the BP Oil Spill with his daughter as his boss. He was immensely proud of this since, as a child, she always said she would be his boss one day. Robert loved dancing, Cryptos, traveling, fishing, amateur radio, classic cars, eating seafood (especially soft-shelled blue crabs), sharing his vast knowledge, and being with family and friends. He befriended nearly everyone he met and all that knew him said he was a great guy. He would always brighten their day with something witty and funny. He was kind, intelligent, stern, generous, stubborn and gentle. He walked to his own beat. He was proud of his family and proud to be an American.

The family of Robert Lounsbury created this Life Tributes page to make it easy to share your memories.

Send flowers to the Lounsbury family.