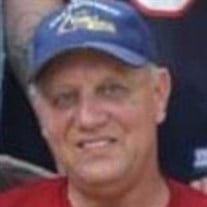 Ray Uhlman Jr. was born September 11, 1942 in Terre Haute Indiana to Ray and Yvonne C. Uhlman. He was an only child. The family moved to Houston when he was young boy. He attended Catholic school and military school. He played on a baseball team that made the local paper for their success. His love of sports continued far beyond his love of authority. He became a hairdresser and met and married the love of his life, Altonette Bowden. They went on to have three children, Andrea, Cara, and Trey. They owned and operated a very successful salon, the Montclaire Beauty Salon. For many years he struggled with life but came back stronger and better than ever. He celebrated over 30 years of sobriety which gave him as many years with friends and family. In his later years he was able to spend time living next to all of his children. He was able to get to individually know each and every one of his grandchildren. He made an impact in all of their lives. Every one of us has a Grandpa Sonny, GPS, Punny story. He loved them all and let him know it in his own designer way. He loved all of his great grandchildren too and wished that he had more time to spend with them. He tried to make sure that he sent birthday wishes to them all. He loved his family and he loved his animals. He had special pets: Dutch, Chiggers, Mister, Tramp, Rocky, Lupe, Calvin, and Deuce. He had too many more casual canine friends to mention. Dad continued to cut hair later in life for friends and family. He liked to tell people he was a barber surgeon. If you needed a haircut, tooth pulled or stiches... he was your man. He had a crusty outer layer but a soft gooey center. He allowed all of us a chance to see that from time to time. Out of the blue he would come up with some of the best advice you have ever received. It was surprising as most of the time he was joking and being a wise acre. He was one of a kind and we will miss you Dad, Grandpa Sonny, GPS, Punny, and to other adults, Sonny. Ray Uhlman is preceded in death by his parents Ray and Yvonne C. Uhlman, wife Altonette Uhlman, daughter Andrea Denney, and dear friend Tom Needham. He is survived by daughter and son in law, Ray and Cara Fick, son, Ray Uhlman III. Grandchildren: Josh and Ashley Pickens, Brian Nichols and Kaitlyn Fick, Thomas and Paige Gonzales, Macey Uhlman, Madison Sebesta Uhlman, Travis Uhlman, Emma Uhlman, Bianca Hurd, Michael Hurd, and Peyton Denney. Great grandchildren: Caleb Pickens, Sarah Grace Pickens, Cason Ringo, Jaxson Bobby, Caroline Nichols, Lochlynn Spellman, Lincoln Spellman, and Gabriella Gonzales. The Addison family and staff of Magnolia Funeral Home extend condolences to the Uhlman family and friends during this difficult time.

Ray Uhlman Jr. was born September 11, 1942 in Terre Haute Indiana to Ray and Yvonne C. Uhlman. He was an only child. The family moved to Houston when he was young boy. He attended Catholic school and military school. He played on a baseball... View Obituary & Service Information

The family of Ray Uhlman created this Life Tributes page to make it easy to share your memories.

Send flowers to the Uhlman family.