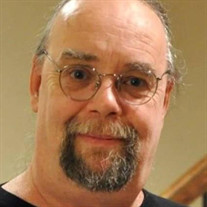 Musician and Friend to many, Randy Akin, passed away Monday, November 1, 2021 after being removed from life support for Covid. He was born in Texas City, Texas but raised in Richardson, Texas. Randy grew up with a stark contrast that gave him the ability to connect with ALL types of people. Randy spent the school year in Richardson and the summers on his paternal grandfather’s farm in northeast rural Arkansas. His grandfather Guy Akin was the Justice of the Peace and his great uncle was the Game Warden – basically the law for that area. Randy always credited his grandfather for teaching him very strong ethics and values. Randy excelled in Speech and Debate, once winning a state tournament as an 8th grader in the high school division. Randy graduated from J.J. Pierce High School and studied philosophy and psychology at Richland College. From a very early age, Randy’s focus was playing the guitar. He played all the time, perfecting skills. A summer encounter with a moonshiner led to him learning a picking technique he used the rest of his life. Randy began playing professionally around Richardson at age 14. He eventually played all over the Dallas area. He was also a prolific song writer. He once wrote a tribute to Lightnin' Sam Hopkins in about 15 minutes, entered it into a contest, and won – receiving a television appearance to play “Texas Lightnin'.” After college Randy moved to Austin where he continued his music career by night and eventually worked for the State of Texas by day. He was a trained mediator for the State. Randy did a lot of studio work during his time in Austin and played all over the Austin/San Marcos circuit, mainly as part of the group Circus Austin. He later traveled the Midwest festival circuit with the Peter Conover band, based out of Madison, Wisconsin. In the early 2000s Randy moved to the north Houston area and became active in the live music scene there. He was a member of the band Tone Armed Cobra which featured mostly original songs. He worked the restaurant circuit with several duet acts, and started a band based on the Circus Austin format, with musicians slotting in as needed, called Blended Blue. Randy was an original board member of the Gulf Coast Blues Association. His passion was music education, taking the blues and music history to the younger generations and keeping the music alive. Randy departed the Association when they dropped the educational component. As he became a fixture in the north Houston music scene, Randy was asked to host many jams and open mics. He was known for attracting talent, and running a smooth event while making sure everyone enjoyed themselves. Randy loved mentoring younger musicians and passing on the lessons he’d learned in nearly 50 years in the business. The greatest joys of Randy Akin’s life were his grandchildren. He sought to do for them as his grandfather had done for him. At one point, the two oldest lived in Randy’s house for a couple of years. He walked them to school each morning and met them after school to walk home. Randy made them stop every day (both ways) and thank the crossing guards for helping take care of their safety. The grandkids made up their own name for Randy, “Awesome Papo”. Tristan, Issa, Ellie, Caleb, Fitz, Leif and Quinn will all miss him (and his nose grabs) dearly. Randy is survived by his wife Robin, step-children Erik Swedberg (Wendy Castle), Greg Swedberg (Alicia), Rachel Goodlad (Nathan Davis), Alix Attaway (Cole) -- all of the Houston area; aunt Betty Hill and cousin by marriage Charles Galloway, both of Little Rock, AR; and his brother Ron, who is a resident at Denton State Assisted Living Facility. Randy was preceded in death by his parents Charles and Bettye Akin, both sets of grandparents, his only uncle and all of his cousins. Randy Akin was a convivial and warm person who never met a stranger. People were drawn to his authenticity and natural friendliness. He literally had hundreds of very good friends, people he checked on regularly, and for whom he would drop everything to help if needed. He leaves a huge hole in many lives. A music education foundation is being set up in Randy’s name to carry on his work. His favorite charities were women’s shelters and local food banks. If he were here, he would ask us all to “do good” and “be kind.” Funeral services will be held Sat. Nov 13th at Magnolia Funeral Home in Magnolia, Texas. Visitation at 1:00pm, Service at 2:00pm. The prayers and condolences of the Addison family and staff go out to Randy's family and friends.

Musician and Friend to many, Randy Akin, passed away Monday, November 1, 2021 after being removed from life support for Covid. He was born in Texas City, Texas but raised in Richardson, Texas. Randy grew up with a stark contrast that gave... View Obituary & Service Information

The family of Randy Lee Akin created this Life Tributes page to make it easy to share your memories.

Musician and Friend to many, Randy Akin, passed away Monday,...

Send flowers to the Akin family.