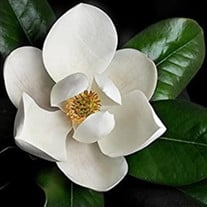 Patricia Lou Herring was born in 1939 in Eustace, Texas to William Amos Norris and Nancy Lee (Jenkins) Norris. Pat left this world for her Heavenly Home on December 20, 2021. She was 82 years old. Pat grew up in Hamlin and Olney Texas, where one of her early loves was playing the piano. She took lessons in grade school and became an accomplished musician like her sisters, and served as a church pianist for several different congregations. She taught her children, other local kids, grandkids, and her great grandchildren to love music and to play the piano. One of her other loves was gardening, with her pride and joy being her rose gardens. She would get compliments from those passing by the yard about how beautiful her flowers were. Her “Double Delight” rose won Best of Show at the San Juan County Fair. The most important thing in her life was her family. Soon after graduating high school in Gainesville, Texas, she met the love of her life, Frank Herring. They married in October 1957 and raised 3 children. She prepared 3 meals a day, sewed clothes for her and her daughter, was a meticulous housekeeper and loved her husband and children. After her kids were teenagers, Pat decided to go to Secretarial School at San Juan College in Farmington, NM. She worked at several different jobs over the years but ultimately went back to her true love, being a homemaker. She continued this tradition with her grandchildren. She was the babysitter for most of them when they were young. When their son, Kenneth passed away, Pat and Frank took his sons, Craig and Seth into their home and raised them as their own children. Patricia was preceded in death by her eldest son, Kenneth Herring, her twin newborn brothers, her parents, and brother in law Henry Aiken. After 64 years of marriage, Pat leaves behind her husband, Frank Herring, children Bobby Herring (Cristina) and Kristy Williams (Robert), grandchildren Craig Herring (Maryah), Seth Herring, Erica Herring (fiancé John Davenport), Elizabeth Herring, Krystal Raybon (Cole), Jenna Dore (Daniel), Cory Williams, Kailey Williams, and great-grandchildren Jayden Deyapp, Daniel Raybon, Aubrie Raybon, Easton Raybon, Rett Herring, Isaiah Herring, and Wyatt Herring. She is also survived by her older sister Gwen Revis (Jerry), brother Bill Norris (Nancy), younger sister Barbara Aiken, and numerous nieces and nephews. Memorial Service will be held at the Magnolia Funeral Home, Magnolia Texas, December 29, 2:00 PM, preceded by visitation at 1:00 PM. Inurnment ceremony will immediately follow at Memorial Gardens, Magnolia Texas. The Addison family and staff of Magnolia Funeral Home extend condolences to Patricia's family during this difficult time.

Patricia Lou Herring was born in 1939 in Eustace, Texas to William Amos Norris and Nancy Lee (Jenkins) Norris. Pat left this world for her Heavenly Home on December 20, 2021. She was 82 years old. Pat grew up in Hamlin and Olney Texas, where... View Obituary & Service Information

The family of Patricia Herring created this Life Tributes page to make it easy to share your memories.

Patricia Lou Herring was born in 1939 in Eustace, Texas to William...

Send flowers to the Herring family.