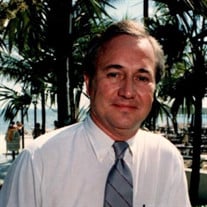 Our dearly loved husband, father, grandaddy, and uncle, Ovie Lee Griffith, age 84 of Magnolia, Texas was taken home to heaven on Saturday, August 21, 2021. He is preceded in death by his parents, his first wife Margaret “Peggy” Thompson and his firstborn Ramona Carol Lopez. He is survived by his adoring wife of 31 years, Ada Anjanette Irons, his children, Diana (Wendel) Weaver and David (Jennifer) Griffith, his son-in-law Rocario Lopez, and 20 grandchildren/ spouses/ great grandchildren: Benjamin Lopez, Rachel Lopez (Patrick) Smith and their children, Jasper and Ayla, Nicholas (JoAngeli) Lopez, Daniel (Hannah) Lopez, Laura Lopez, Mary-Madison Weaver, Peyton Weaver (Dakota) Murdock, Riley Weaver, Stanton Weaver, Tristin Weaver, Hannah Griffith, James Griffith, Matthew Griffith, and Jonathan Griffith. “Ovie Lee Honey” was born in Horselick, Kentucky, to the late Hobert and Gladys Griffith on November 19, 1936. He grew up in Walton, Kentucky where he made lifelong buddies. His passion for music and specifically for playing the guitar led his classmates to predict he’d be playing at the Grand Ole Opry within five years of graduation. Although never forsaking his glistening gold guitar and exceptional ear for music, his career path led him to the University of Kentucky (go Wildcats!) where he graduated in 1960 with a Bachelor of Science degree in Pharmacy. As a pharmacist with an exceptionally winsome personality, his occupational calling took him in unconventional directions. His professional work began with Hook Drugs but soon progressed to sales with Eli Lilly and Co. and Roche Laboratories. He then spent over 17 years in personnel management with such reputable companies as Kroger, International Paper, Dare Pafco, Inc. and Marriott Hotels. He spent his final working days back behind the counter at Peakwood Pharmacy as a retail pharmacist and manager. During college, Lee met and married Margaret “Peggy” Thompson. Together they raised three children and created a lifetime of memories. After a brutal battle with breast cancer, Peggy went to be with the Lord at the age of 45. Eight years later, Lee married the lovely Ada Irons. They built a home in the country and spent time together enjoying whatever God brought their way (grandchildren, American Eskimo doggies, Scrabble games, camping, etc.). Lee is remembered by his family as one who could galvanize any event with his charisma and creativity. Tickle fights, family room gymnastics, and games of Gitcha-Gotcha enlivened many evenings after work. Jam sessions included dad on the guitar, mom on the organ and lots of loud singing from all. Snuggling was a common occurrence, and never were they too big or too old to sit on his lap or receive his warm hugs and kisses. Lee invested in the community through church, an annual 4th of July parade and coaching. Coaching his kids’ sports teams was his favorite hobby. Coach extraordinaire, Lee headed up numerous baseball, basketball and soccer teams for years. Lee’s grandchildren remember Grandaddy as playful, funny, ornery, spirited, jovial, encouraging, amiable and clever. They also describe him as loving, sweet, intentional, engaging, authentic, resilient, and loyal. We all know those people who naturally and effortlessly draw others to themselves; that was Lee Griffith. He was a people magnet. We will miss him dearly. In lieu of flowers, the family requests memorial contributions be sent to the Paul Stege Ministries at Magnolia Bible Church, [email protected] The Addison family and staff of Magnolia Funeral Home extend condolences to Mr. Griffith's family and friends during this difficult time.

Our dearly loved husband, father, grandaddy, and uncle, Ovie Lee Griffith, age 84 of Magnolia, Texas was taken home to heaven on Saturday, August 21, 2021. He is preceded in death by his parents, his first wife Margaret &#8220;Peggy&#8221;... View Obituary & Service Information

The family of Ovie "Lee" Griffith created this Life Tributes page to make it easy to share your memories.

Send flowers to the Griffith family.