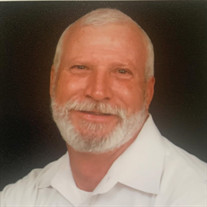 Michael “Mike” Jerome Morse, a devoted husband, father, Papaw, brother, uncle, and friend, passed away August 28, 2021, at the age of 62 surrounded by his loved ones. Mike was born in Houston, Texas to MD and Eunice Morse. He married the love of his life, Yolanda Morse, in 2000. Mike’s greatest joy was being a Dad and Papaw. He never missed any father-daughter dances, basketball games, band concerts, football games, or volleyball games. He was always their number one fan. Mike loved spending time outdoors with his kids and grandkids fishing and camping. Mike’s faith was very important to him. He was a devoted Catholic at St. Anne’s Catholic Church in Tomball, Texas. Mike served as an assembly member in the Knights of Columbus since 2010 and enjoyed working with his brother knights. Mike spent his 44-year career working for Consolidated Communications in Conroe, Texas where his coworkers became his life-long friends. Mike leaves a legacy of commitment to his family, a strong work ethic, service to and how to be a friend to others. Mike is survived by his wife of 21 years, Yolanda, and his daughter Kristen Saucier (Brad), step-children Mario Peralez (Allison), Christy Konviska (Lance), and Nick Peralez. In addition he is survived by his 10 grandchildren: Cameron, Jacob, Carson, Kinlee, Hailey, Cheyenne, Addyson, Madeline, Jaxon, and Brody. He is also survived by his sister Lori Jones (Alan), as well as several nieces and nephews. He is preceded in death by his parents MD and Eunice Morse, and his brothers, Wayne, David, Billy, and Steve. In lieu of flowers, please make donations to the Knights of Columbus St. Anne Council 11472-charities, vocation funds. The Addison family and staff of Magnolia Funeral Home extend condolences to Michael's family and friends during this difficult time. A Memorial Service will be held Friday, September 3, 11:00 AM, at St Anne Catholic Church, Tomball, TX. A Rosary will take place at 10:30 AM prior to the Memorial Service.

Michael &#8220;Mike&#8221; Jerome Morse, a devoted husband, father, Papaw, brother, uncle, and friend, passed away August 28, 2021, at the age of 62 surrounded by his loved ones. Mike was born in Houston, Texas to MD and Eunice Morse. He... View Obituary & Service Information

The family of Michael Morse created this Life Tributes page to make it easy to share your memories.

Send flowers to the Morse family.