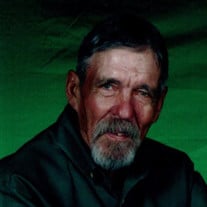 Melvin Henry Schatte was born November 24, 1936 in Giddings, Texas to Henry Edwin Schatte and Hermina Magdalene (Hohle) Schatte. He was baptized on November 29, 1936 at St. Paul Lutheran Church in Serbin, Texas. He was confirmed on March 18,... View Obituary & Service Information

The family of Melvin Schatte created this Life Tributes page to make it easy to share your memories.

Send flowers to the Schatte family.