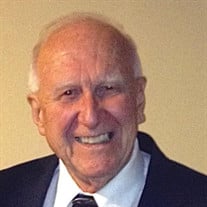 Jim (Grandpa Bear) McCollum&#8217;s Story Jim was delivered by a midwife in Arkadelphia, Arkansas on June 16, 1937. During the first 5 years of his life, the family lived in Friendship, Huber Springs, and Searcy, Arkansas. By first grade,... View Obituary & Service Information

The family of Jimmy Newton McCollum created this Life Tributes page to make it easy to share your memories.

Jim was delivered by a midwife...

Send flowers to the McCollum family.