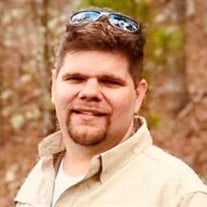 In Memory of Jeffrey’s obituary Jeffrey Allen Harlow Passed: September 1st, 2021 Born: March 25th, 1976 Resided: Magnolia, Texas Jeffrey “Jeff” Allen Harlow went home to be with the Lord on September 1st, 2021, at age 45. Jeff was born to Betty Louise and Ronald Alfred Harlow on March 25th, 1976, in Channelview, Texas. As a child he loved Legos and building things. Jeff graduated from Northshore High school where he was involved in ROTC and played trumpet in the band. After High school Jeff pursued a career in technology. He then moved to the state of Washington where he enjoyed hiking, camping, and many other outdoor adventures. Jeff studied Theology at North Western College. It was here he discovered his love for Jesus and served on the media team. Jeff served on several mission trips, Romania (built a house for a school teacher), Israel (built doors for Palestine children’s school) and Mexico (where he ministered to young children). Jeff moved back to Texas after eight years in Washington. He then started working for Wrights Media as an IT specialist in The Woodlands, Texas. He was always putting others first and making people smile at work. While there he had many opportunities to expand his knowledge in the business of technology. One of those opportunities was attending the Microsoft Ignite Conference that he loved. Jeff was devoted to his parents and made sure they were taken care of. He also loved to play video games with his sister and brother-in-law. He was a huge fan of Star Trek and took pleasure in collecting the Star Trek Ships. One of Jeff’s favorite outings was Home Depot. He spent countless hours remodeling and building things. Jeff continued to grow in Christ while attending Stonebridge Church. He served on the media team and co-lead a small group. At Stonebridge he met his wife, Sarah, in a single’s small group. It didn’t take long for them to know that they were meant to be together. After dating only four months, Jeff proposed at a Christmas light show. They spent a year planning their winter, wonderland, Christmas wedding and were married December 16th, 2016. Jeff and Sarah were always traveling and made many special memories. They were blessed with a precious baby girl, Savannah Hope, born May 11, 2019. This didn’t stop them from traveling and making more memories. Jeff was kind and humble, always willing to help others and served the Lord with all his heart. He was a deep thinker and researched everything. He made a lasting impression on so many people and will be deeply missed. He is preceded in death by his grandparents, Ray and Sylvia Marlar and Robert “Bob” and Dorothy Harlow. Jeff is survived by his loving wife, Sarah Ann Harlow, daughter, Savannah Hope Harlow, his parents Betty and Ronnie Harlow, sister Jenn Mireles, brother-in-law Mark Mireles, nephew Christopher (wife Michelle) Ward, niece Brittany (husband Tyler) Drescher, In-Laws Jean and Bob Mays, Brother-In-Law David (wife Emily) Mays, Nephews Ben Hall, Gavin Mays, Niece Blake Mays. Numerous other Family Members and Friends. A memorial service will be held at 10 am, on September 10, 2021. The location will be Stonebridge Church. 1 Stonebridge Church Dr, The Woodlands, TX 77382

The family of Jeffrey Allen Harlow created this Life Tributes page to make it easy to share your memories.

Send flowers to the Harlow family.