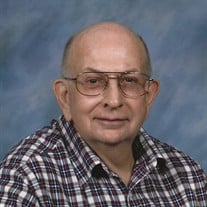 James Kirby Smith, 80, of Magnolia, Texas passed away at his home on February 16, 2022 and entered into the presence of the Lord. James was born in Houston, TX to O.B. and Pauline Smith. He graduated from Cy-Fair High School where he was involved in Choir. James served in the US Army from 1964 – 1966. He received basic training at Fort Polk, Louisiana and Signal Corps training at Fort Gordon, Georgia before being stationed in Germany. Upon his return home, James began work at a TV Repair Shop and also served as a volunteer fireman and volunteer police officer for Jersey Village. In fact, he was appointed Police Chief for Jersey Village in 1969. James was a skilled Master Electrician. He worked for Cameron Iron Works beginning in 1974, and later started his own company, Smith Electrical Service. When he decided he didn’t want to be his own boss anymore, James worked night security for Compaq and his last job before retirement was Master Electrician for Hanover. In 1973, a mutual friend invited James to a party where he met feisty school teacher, Catherine Fey. The two fell in love, married, raised 3 children, and were blessed to celebrate 47 years of marriage last July. James loved the outdoors, playing the Texas Lottery, and especially his 6 grandchildren. He enjoyed teaching his grandchildren how to grow vegetables in his garden, taking them for rides around the yard on his riding mower, and attending as many of their events and activities as possible. James is preceded in death by his parents. He is survived by wife Catherine Fey Smith; daughter Elizabeth Resczenski(husband DeVaughn) of Mission; son Johnathan Smith of Magnolia; son Stephen Smith(wife Lisa) of The Woodlands; granddaughters Leonna Smith, Cora Resczenski, Emma Smith, Gabriella Smith, and Alice Resczenski; grandson Tristan Smith; sister Dorlene Gideon(husband Roy) of Magnolia; sister Juanita Merchant(husband Don) of Spring. A funeral Mass will be celebrated Thursday, February 24 at 2:00pm at St. Matthias Catholic Church, 302 S Magnolia Blvd, Magnolia, TX with Rosary and Visitation at 1:00pm. Interment will be Friday, February 25 at 2:00pm at Saints Peter and Paul Catholic Cemetery, 301 Peace Ave, New Braunfels, TX. The Addison family and staff of Magnolia Funeral Home extend condolences to the Smith family during this difficult time.

James Kirby Smith, 80, of Magnolia, Texas passed away at his home on February 16, 2022 and entered into the presence of the Lord. James was born in Houston, TX to O.B. and Pauline Smith. He graduated from Cy-Fair High School where he was involved... View Obituary & Service Information

The family of James Kirby Smith created this Life Tributes page to make it easy to share your memories.

James Kirby Smith, 80, of Magnolia, Texas passed away at his...

Send flowers to the Smith family.