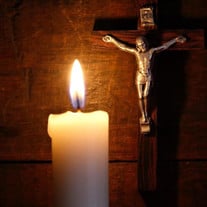 Frank Michael Lubrano, Sr. October 8, 1940 - November 28, 2021 Frank Michael Lubrano, Sr. was a man of great integrity and honesty. Frank approached life as if it were a great adventure. All who knew him appreciated his energy, enthusiasm, and charisma. He never met a stranger, even in his travels to the far-flung corners of the world. He loved his family, dancing, playing cards, fishing, eating crabs, crawfish and caramel corn. Most of all, he loved and adored his wife, Betty. Frank was born October 8, 1940 in New Orleans, Louisiana. He was the oldest of four sons. He attended Tulane University where he earned an engineering degree. Frank and Betty married in June 1961 and recently celebrated their 60th wedding anniversary. He worked at M.W. Kellogg as an engineer the majority of his career, which allowed Frank and Betty to live and travel around the world. He is survived by his wife, Betty; son Frank Jr. and his wife, Terri; sons Christopher and Mark; his brothers Gary and his wife, Cindy; Glen and his wife, Gail; grandchildren Lindsey King and her husband, Brian; Alex, Alec, Christopher, and Anthony Lubrano; his nieces and nephews, Christy, Carl, and Lisa. Frank was an amazing man and will be dearly missed. In remembrance of Frank’s life, the family asks that any charitable donation be made to St. Anne’s Catholic Church or the American Diabetes Association. A funeral Mass will be held at St. Anne's Catholic Church, in Tomball, Texas. The time of the mass will be 1 2-03-2021, at 2:00 PM

The family of Frank Lubrano created this Life Tributes page to make it easy to share your memories.

Send flowers to the Lubrano family.