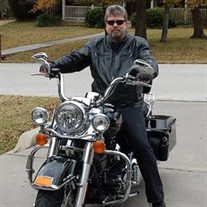 On November 5, 1957, David Alan Wissel was born to “Bud” and Sue Wissel joining his three-year old sister Suzanne. Seven years later, Rebecca arrived completing the family. David spent his entire school life in Spring Branch ISD beginning at Bunker Hill Elementary and finishing at Memorial High School where he played varsity basketball for a time. Then a Christian friend asked him to join his church league team, and here he found the faith he had been seeking for some time, was baptized and began worshipping with the Memorial Church of Christ. He earned his electrical engineering technology degree from Texas A&M University, College Station (1980) and was involved with Aggies for Christ. Here he met Melanie Carter who was teaching middle school while finishing her master’s degree. Simultaneously, he was employed by The Texan Restaurant as a waiter where he impressed her by making elaborate salads and even a flaming dessert tableside. (He received a good tip for his efforts!) After graduation he began employment for Western Geophysical Co. where he operated a seismic data acquisition system in the Rocky Mountain area. This fulfilled a dream to work in the beauty of the western mountains. He had never forgotten Melanie, and in 1983, they married, moved to Denver and honeymooned in New Zealand and Australia. That first year he traveled 10 months out of their first year of marriage, so he changed jobs to work for Geophysical Services Inc. as field service engineer/instrument engineer in the Chinese Gobi Desert. His rotating work schedule allowed Melanie to join him for travels in China/Japan or come home to College Station for a month at a time. When the year was up, David and Melanie moved to Lewisville, TX near Dallas where he continued to travel to troubleshoot problems overseas but could spend more time with his family. In 1987, a son Jared was born, and 15 months later Jessica arrived making him a delighted, proud daddy. A year later, he was delighted to hire on with the international branch of Compaq which was a job he loved. As an electrical engineer, he designed and integrated mobile communications devices within notebook and tablet systems. He still sometimes traveled overseas to make the design changes and debug problems and spent some time in Nice, France where Melanie visited. In 1991 the family relocated to Houston. He continued his love of basketball by adding a hoop at the new house to teach his kids and attending their middle school and high school games. He enjoyed classical and classical rock music (especially Rush), and living in Houston allowed him to take his family to the occasional symphony concert or Rockets game downtown. David continued on with HP when Compaq sold and finally retired in 2014. The next few years, he was free to dabble in whatever caught his interest …gardening, designing and building projects, genealogy, cooking, riding his Harley (a favorite!), trip planning, deeper Bible study and wife spoiling. Such fun years! David, though private, was a fiercely loyal friend, a good provider for his family, and an amazing handyman. He was the master of what he called “useless trivia” which his family wishes he had used on Jeopardy. David had the ability to talk knowledgeably on almost any subject. Throughout the years, David took care of those he saw in need with a special soft spot for those older or widowed, and always had a good measure of generosity. He was especially good to care for his mother throughout her life doing whatever was needed. He was a bit stubborn, but knew how to play with his kids and create the best of times. Most important, he was always true to his beliefs and to his God. David loved his family deeply, a love that is shared and returned. He has always been proud of the legacy that he leaves behind in his children and in who they are. To him, they are his finest accomplishments. David was preceded in death by his parents. He is survived by his wife, Melanie Wissel, and his sisters: Suzanne Bonneaux and her husband Paul, and Rebecca Yousaf. David is also survived by his children: Jared Wissel and Jessica Barton and her husband Eric. The immediate family will get together in lieu of a funeral. Cremation was under the care of Magnolia Funeral Home and the family will scatter the ashes. The Addison family and staff of Magnolia Funeral Home extend condolences to David's family and friends during this difficult time.

The family of David Wissel created this Life Tributes page to make it easy to share your memories.

Send flowers to the Wissel family.