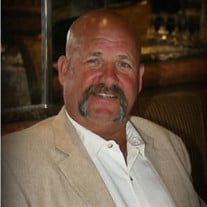 Charles “Chuck” Kluna, III passed away April 22, 2022 at the age of 62 at HCA Healthcare Tomball. He is survived by the love of his life, Susan Kluna. Children: son Shaun Kluna and wife Kate, daughter Nicole Runnels and husband Justin, and daughter, Kaitlin Charvo and husband Austin. He had 11 grandchildren, Brandon Kluna and wife Rachel, Wyatt Kluna, Charlie Kluna, Chase Kluna and fiancé Jessike Farthing, Emma Kluna, Nikolas Runnels, Brody Gryder, Madison Runnels, Angela Murdock, Desiray Murdock, Tucker Charvo, Annabel Charvo, Kassidy Charvo. Sister, Kathi Kluna; Brother-in-Law Michael Fontenot and wife Kay, Brother-in-Law Terry Fontenot and wife Donna, Sister in-laws Kathy Edwards and husband Tim, Brother-In-Law Kirk Fontenot; Close Family Friend Jeff Robinson and wife, Sherrie. Endless family and friends. Proceeded in death by: Son, Joshua Murdock. Parents, Charles and Billie Jo Kluna, In-laws, Maxfield and Ruby Fontenot, Brother, Mark Kluna, Brother in-law, Roy Fontenot. Chuck was a wonderful husband, amazing Dad, exceptional Pawpaw and awesome brother, wonderful friend, and cousin. Chuck was the rock of the family, the protector who had the biggest kindest heart, and just an all-around big ole teddy bear. He also told you exactly how he felt you never had to question where you stood with him. He loved spending time with his wife, family and friends. His favorite time was taking his grandkids hunting and fishing. He loved sitting in the deer stand with his grandbabies and teaching the natures of life. He was the life of the party. He was a constant entertainer. He loved sitting around a campfire telling funny stores, even if he told them 100 times. He made us all laugh including himself. He knew how to make memories that his family can cherish a lifetime in their hearts. Chuck, Dad, PawPaw, Brother, Cousin and friend you will be missed by all of us. He left us a legacy we can be proud of. The Addison family and staff of Magnolia Funeral Home extend condolences to the Kluna family during this difficult time.

Charles &#8220;Chuck&#8221; Kluna, III passed away April 22, 2022 at the age of 62 at HCA Healthcare Tomball. He is survived by the love of his life, Susan Kluna. Children: son Shaun Kluna and wife Kate, daughter Nicole Runnels and husband Justin,... View Obituary & Service Information

The family of Charles "Chuck" Kluna created this Life Tributes page to make it easy to share your memories.

Send flowers to the Kluna family.