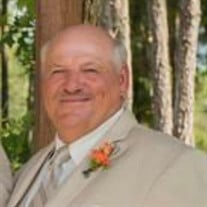 On Sunday, March, 6, 2022, Ben (Bennie) Joe Matula, Jr., was called home to his Lord and Savior at the age of 67. He will be forever remembered by his wife, Frances Matula, his children, Rhonda Bailey (Shaun), Jennifer Senger (Aaron), Breane Matula, and Kaitlin Hartman (Robert), and his grandchildren Brooke, Addison, Emma, Jackson, Vivian and Callie. He is survived by eight sisters, three brothers and numerous nieces and nephews who all love him so very much. He is preceded in death by his parents, Ben and Helen Matula, Sr., and sister, Bonnie Sralla. Ben was born on May 26, 1954, in Shiner, Texas, to Ben and Helen Matula, Sr. He was their first-born son and was the fifth of 13 children. He was born into a farm family that was full of hard work, love and a strong upbringing in the Catholic church. Plowing fields, picking cotton and working at his father’s mobile station kept him very busy, but he was sure to make time for hunting, fishing and his love of frogging. He loved to live on the edge with family and friends, which created many unbelievable stories that he continued to share throughout the years. Ben moved to the big city of Houston where he began his lifelong career in construction. He had an affinity for tractors and would find any excuse to be on one. As years went on, so grew his passion and knowledge of his work. He was a leader and everyone valued the time he took to teach what he knew about any project or task. It wasn’t uncommon for things to be done “his way”. On June 17, 1978, he married his ballroom beauty and they built their forever home together in Magnolia. There they raised their four beautiful daughters, gained three amazing sons-in-law and were blessed with six grandchildren. Family was so valuable to Ben. When he wasn’t tinkering around with something, he absolutely loved to entertain his grandkids. PawPaw could grasp their attention with his silly faces, one-of-kind sounds or an afternoon of fishing at the pond. The way of life he knew was ingrained in him, so it was important for him to raise cattle, plant gardens, and can pickles. Ben always loved to treat family and friends with nostalgic foods from his childhood. He was a funny man who loved a good laugh, had a tender heart and knew how to do just about anything. His unexpected departure leaves a tremendous hole in so many hearts, but all who knew him will have the lasting memory of his infectious smile and the certainty that he is resting peacefully in his eternal home. The Addison family and staff of Magnolia Funeral Home extend condolences to the Matula family during this difficult time.

On Sunday, March, 6, 2022, Ben (Bennie) Joe Matula, Jr., was called home to his Lord and Savior at the age of 67. He will be forever remembered by his wife, Frances Matula, his children, Rhonda Bailey (Shaun), Jennifer Senger (Aaron), Breane... View Obituary & Service Information

The family of Ben Matula created this Life Tributes page to make it easy to share your memories.

Send flowers to the Matula family.